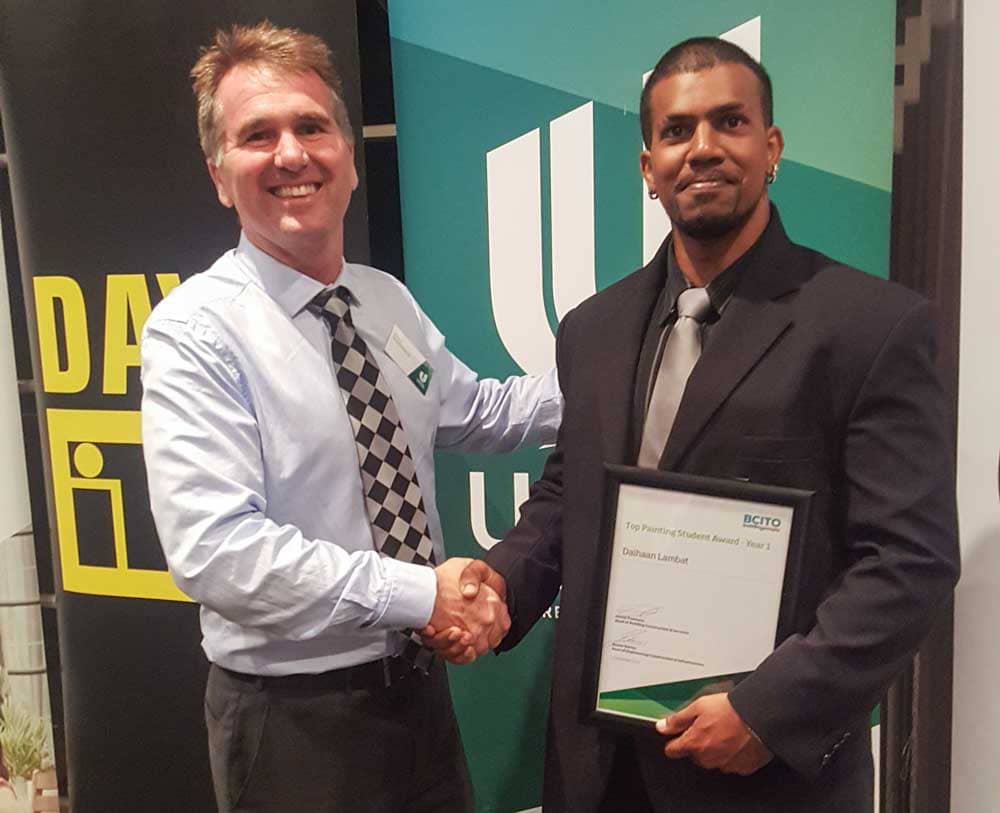 After a 3 year apprenticeship under the professional guidance of Sensation Painters Ltd, Daihaan is now our newest Tradesman Painters & Decorator.

Daihaan took time to consider taking on study in the Painting and Decorating arena as his passion is in creative endeavours.

He is a pleasure to have as an employee and valued by his colleagues. We wish to complement Daihaan for acquiring this well-earned Certification and have no doubt he will contribute much to the Trade.

I made the decision to pursue an apprenticeship, at first, in hope of just having a solid job to fall back on. When I began, I found it tough being the bottom of the ladder, having to do the jobs nobody else wanted to do. I felt like I was doing a lot of arbitrary work, rather than learning skills. Until about 8 months in, I began to realise, it’s not arbitrary at all, in fact, the tradesman who were training me, were giving me skills, I would have for the rest of my life. These were skills such as determination, being able to work under pressure, being disciplined and patient, just to name a few.

By the end of my first year, I had acquired life skills and underwent self-improvement on a mental and physical level. I went into my first block course knowing this and it showed, as I won the Apprentice of the Year Award from Unitec.

The next two years is when the real skills of the trade came into play and I began to feel like I was picking up all this secret knowledge that is only ever passed down from tradesman to apprentice. Almost like a brotherhood of sorts. Being with Sensation Painters, I felt like I was receiving this knowledge from the gurus of the game. I got a sense of pride working with them; every year I watched as our company received multiple awards for the tradesman’s efforts and I couldn’t wait to have the skills they did, and to be responsible for some of my own awards one day too!

Having now completed my apprenticeship with Sensation Painters, I feel more then capable of making this a reality. I have the sense of being one of the gurus myself. I have found a lot more then I first started looking for, more than just a stable job. I found a home in my work team, I found an identity in my trade and I have now found out that it’s just the beginning.

I am delighted to introduce myself as the new Office Administrator at Sensation Painters Ltd.…

On 5th April 2016, I started with Paul Schirnack Decorating as the office administrator. A…

Categories
Back To Top